The COVID 19 pandemic has highlighted the importance of broadband connectivity for all Canadians. Yet as Canada’s network operators consistently invest billions to connect Canadians and upgrade their digital infrastructure, some people have voiced concerns about the effects of radiofrequency (RF) energy from wireless networks. Fortunately, scientists and academics around the world continue to show that these concerns are unfounded.

Most recently, two large-scale reports were published by the Australian Radiation Protection and Nuclear Safety Agency (ARPANSA) and Swinburne University of Technology that focused on global RF research of relevance to 5G.

After conducting a comprehensive review of 138 lab and animal experiments, researchers at ARPANSA led by Dr. Ken Karipidis found “no substantiated evidence that low-level radio waves, like those used by the 5G network, are hazardous to human health.” 1

Another conclusion of this report was that studies that previously suggested a link between RF exposure and health risks have been fundamentally flawed. “Studies that did report biological effects were generally not independently replicated and most of the studies reviewed employed low-quality methods of exposure assessment and control,” said Karipidis. 2

A second report, published in collaboration between ARPANSA and Swinburne University, examined the use of high-frequency millimeter wave spectrum in 5G networks. It concluded that 5G devices will emit energy levels far below public safety standards such as those issued by the International Commission for Non-Ionizing Radiation Protection (ICNIRP). 3

The ARPANSA and Swinburne researchers noted that even uses of higher frequency mmWave spectrum – which is still considered “low energy” spectrum – will result in RF emissions that are well below the exposure limits set by ICNIRP. The safety of 5G networks was similarly affirmed this year by the European Commission, which stated that “5G networks will use much smaller antennas and therefore generally lower exposure levels… therefore, following all the existing recommendations, the deployment of 5G networks will not have a negative effect on people’s health.” 4

In Canada, federal authorities continue to monitor the latest scientific literature on RF exposure. As a result, it is Health Canada’s position that “there are no health risks from exposure to the low levels of radiofrequency [energy] which people are exposed to from cell phones, cell phone towers, antennas and 5G devices.” 5

A further summary of facts and information about 5G networks in Canada – and how they are regulated for the safety of Canadians – is available from the CWTA here.

As Canadians increasingly rely on their smartphones, a recent @PwC_Canada study finds Canadians benefit from some of the best quality #wireless networks globally, with deployment of #5G expected to further enhance the value received. Read more here: pwc.com/ca/en/communic…. 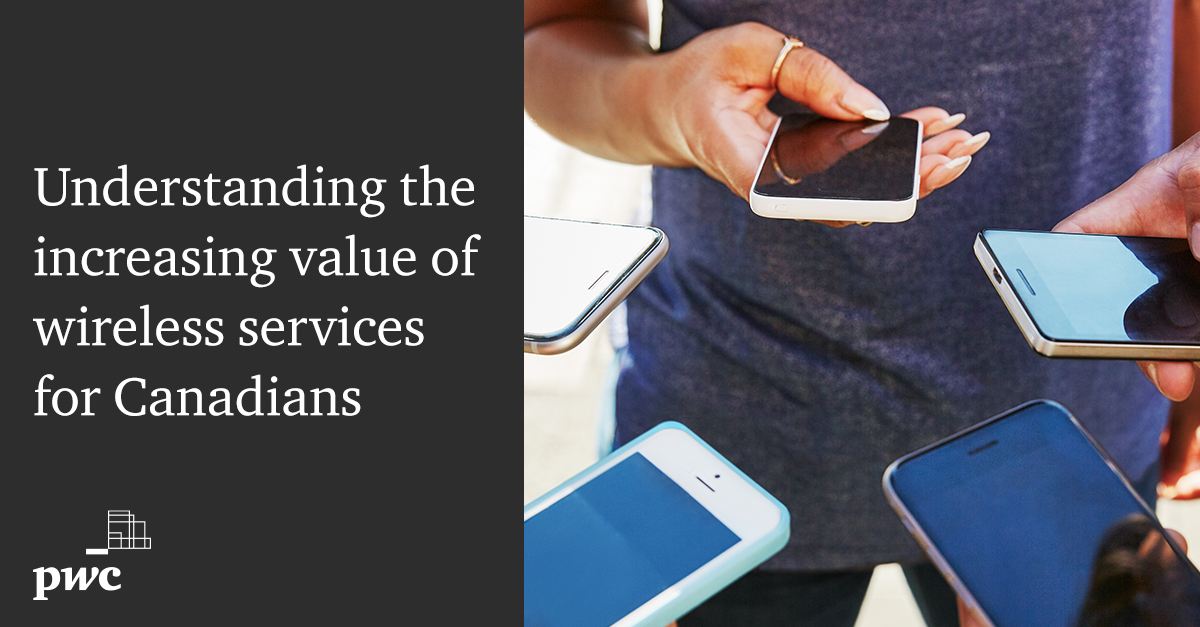