‘Fast and Steady’ Wins the Race: Canadian Wireless Networks Among World Leaders in Both Speed and Consistency

Canada is well recognized as having some of the fastest 4G wireless networks in the world. In addition to speed, however, another factor that contributes significantly to a user’s wireless experience is consistency. A mobile user may experience quick download speeds when a country’s networks are not being used at their full capacity, but speeds can drop significantly when these networks are more congested. A recent study by Opensignal looked at the difference between the mobile speeds a user might experience during a country’s best-performing hour of the day, versus at its slowest.1

Networks in the United Kingdom, for example, were found to offer download speeds of 34.9 Mbps during the country’s fastest-performing hour of the day. At its most congested time, however, those speeds fell to 19.7 Mbps – a difference of nearly 44%. Similarly, 4G wireless speeds in the United States were measured at 28.8 Mbps during its fastest hour of the day, but decreased 37% at its most congested hour, reaching a low of 15.3 Mbps.

India, meanwhile, a country that has received much attention for its inexpensive mobile wireless prices, not only has some of the world’s slowest mobile wireless speeds, but also some of the most inconsistently-performing networks. The deviation between India’s fastest mobile connection speed (14.6 Mbps) and its slowest (3.7 Mbps) was a striking 75%.

Canadian networks, on the other hand, were found to deliver full wireless capabilities at a high level of consistency throughout the day. In fact, Canada ranked 2nd out of 77 countries in terms of its hour-to-hour network consistency.2 While 42% of the countries Opensignal studied experienced 4G speed variations of two times or greater, Canada’s slowest time of day (34.1 Mbps) was only 21% slower than its fastest (43.4 Mbps).3 And this peak Canadian speed was over 50% faster than the United States’ fastest performance.4 According to Opensignal, this demonstrates that:

Canada does an excellent job delivering the full capabilities of its network from hour to hour. There was very little difference between Canada’s most optimized connections and its average speed, putting it not only among the fastest countries in our analysis but also the most consistent.5

The world-class performance of Canada’s wireless networks is the result of massive ongoing investments by Canadian facilities-based carriers, who have historically supported the expansion and upgrade of wireless infrastructure at a much higher rate than other G7 countries.

Ensuring that Canada’s telecommunications regulatory framework continues to encourage private sector investment in network infrastructure will be key to unlocking the full potential of next-generation wireless technology – 5G – with the incredible benefits that 5G can bring Canadians in terms of streaming content, remote healthcare, advanced manufacturing, virtual and augmented reality, public safety, and many other ground breaking applications that will enhance our communities, businesses and standard of living in the years ahead.6

STAC is thrilled to announce the opening of registration for the #STAC2021 Conference & Exhibition, taking place online from April 12-16. Register today for Canada’s premier tower safety event at pheedloop.com/stac2021/site/… Retweeted by CWTA / ACTS

Earlier this week, CWTA was pleased to be a sponsor for @macleans 12th annual Parliamentarian of the Year awards ceremony. President and CEO @RobertGhiz presented awards to deserving Parliamentarians. Congratulations to all the winners and nominees. 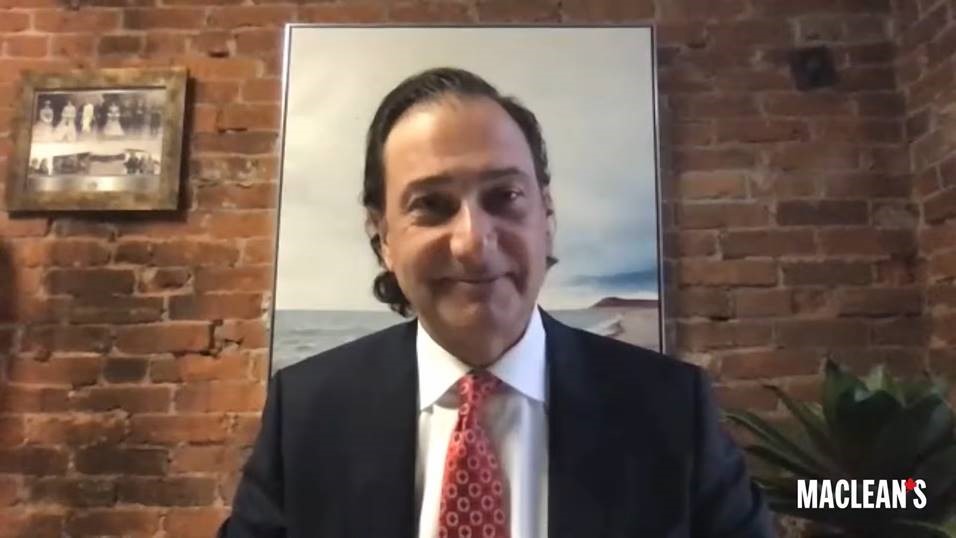